If you’re preparing some delicious food and the recipe requires a bay leaf and, unfortunately, you don’t one in your store, then what can you do? Of course, you may choose to just leave the leaf out. However, that might cause a significant difference in how your food taste!

Bay lead is a slightly peppery and minty Mediterranean herb that does a great job at balancing and improving flavors in soups, savory sauces, meat dishes, and stews. Additionally, bay leaves can turn an unpleasant vegetable dish into a sweet and flavor bomb.

But when you lack a bay leaf, then it’s important to use a suitable substitute to try and provide your dish with a closer flavor to the intended one. 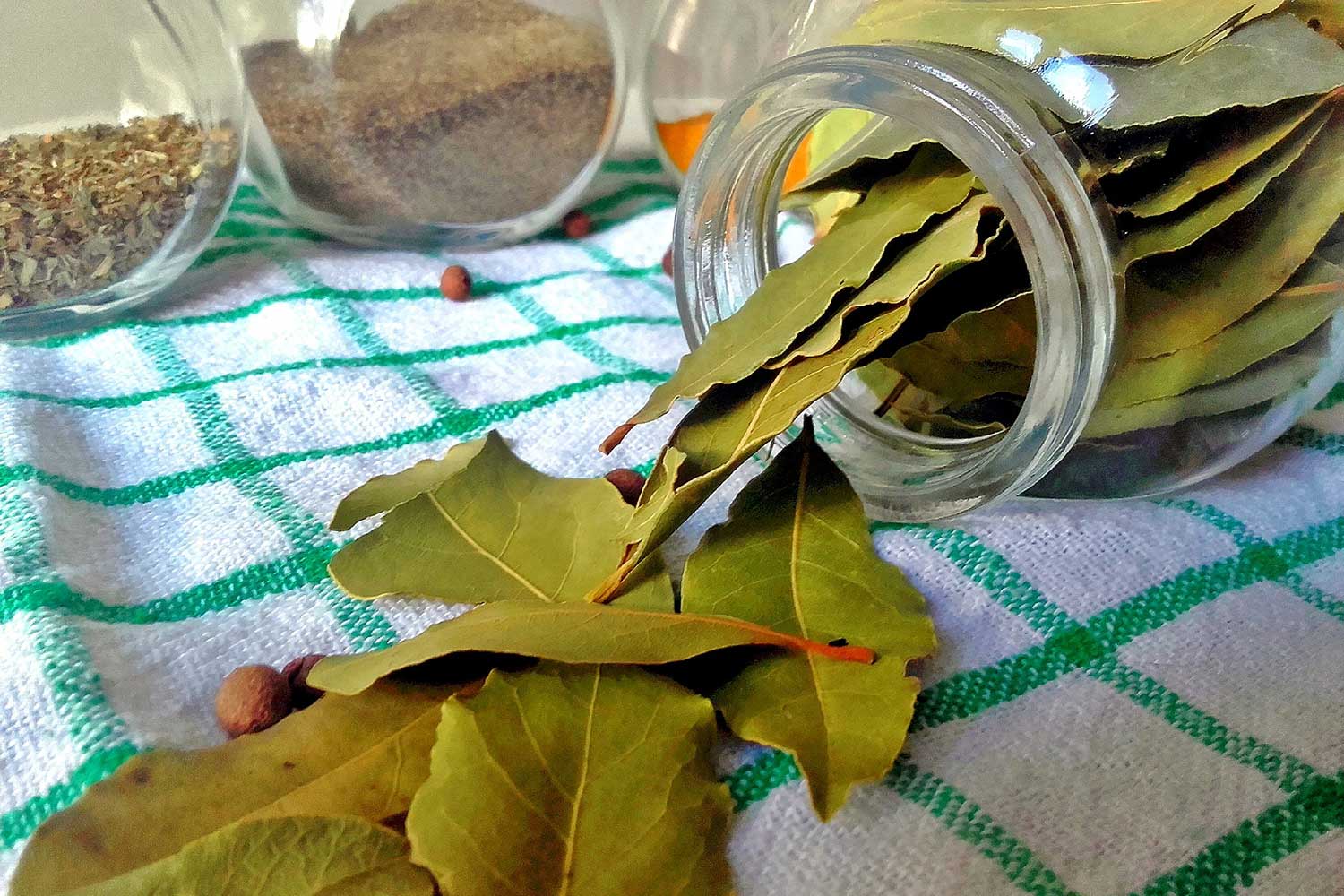 Bay leaves are known to have a robust flavor and a bit bitter. They taste minty and peppery as well as with a hint of pine. When choosing a substitute for bay leaf, keep in mind that there are no spices or herbs with the exact flavor as bay leaf. However, there are several herbs that have similar menthol and pepper taste as bay.

Owing to the pungent nature of bay leaves, they are utilized sparingly. Usually, a single bay leaf can be used more than once in flavoring a whole recipe. These leaves are stiff even following many hours of slow-cooking. For that reason, bay leaves should be removed and thrown away before serving. The leaves are unpleasant when chewing and eating whole. They can also be harmful to your digestive tract.

As with the majority of herbs, a whole bay leaf has a more powerful flavor than its crushed and dried counterparts. Dried and crushed bay leaf is going to distribute more flavors throughout your entire recipe, which may go wrong and leave your food tasting too much minty. So, if you substitute ground bay leaf for an entire leaf, then you should always start with a tiny amount.

There’s also another type of bay leaves in India though from a different species. The bay leaves taste like cinnamon, cloves, and allspice. That means it can’t work as a suitable bay leaf substitute. However, it can be used in Caribbean curries and sauces as well as in homemade aromatic teas.

Can I Substitute Fresh, Dried, and Ground Bay Leaf?

Basil is in the mint family and can work perfectly as a bay leaf substitute. Also, it features peppery and bitter notes. Nevertheless, fresh Basil isn’t a precise substitute for bay leaves as it has a hint of anise. When dried, Basil tends to lose the robust anise notes and ends up tasting like bay leaf.

Therefore, dried basil can be a perfect substitute for bay leaves in Italian and Thai dishes as well as other tomato-based recipes such as stews and pasta sauces.

Oregano is another pungent, bitter, and a bit minty herb that’s easily accessible. When dried, Oregano can be a great bay leaf substitute. Oregano can substitute bay leaf in tomato-based recipes and dishes that use lamb and beef.

Juniper berries feature notes of pepper and pine, which make them a great bay leaf substitute. The berries also have a strong and overwhelming taste, which means you have to use them sparingly. They are safe for consumption and you can utilize them whole and throw them away before serving. You can also grind before you toss them to enhance the release of the flavor.

These leaves grow on boldo plant and are native to Chile. Boldo leaves are a bit bitter, powerful, and savory. However, they boast of an all-around taste compared to bay leaves. For this reason, they work perfectly when flavoring lighter dishes such as mushrooms. The boldo leaves shouldn’t be used in large amounts.

As you can see, you don’t have to worry if your bay leaves are out of stock. If you’re lacking fresh, ground, or dried bay leaves, you can use thyme and it will work just fine. They can substitute bay leaves in pasta and meat dishes and won’t compromise the flavor.

If you also don’t have thyme, oregano and basil can be your next option and will work as the best bay leaf substitute in recipes using beef, lamb, and tomato dishes. Boldo leaves and juniper berries can also substitute bay leaves but aren’t easily accessible in local grocery stores.